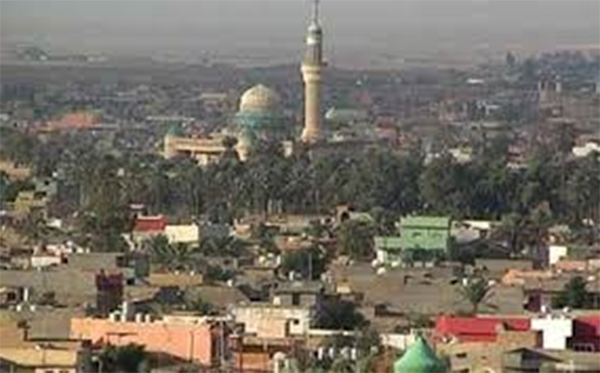 The National Institute for Human Rights Organization has expressed its dissatisfaction about the events in Tuz Khurmatu, about 210 km north of the capital Baghdad, on 16 and 17 October being which included the unknown armed agencies burning and blowing up many residential buildings, shops and private properties of families belong to a particular ethnicity and exercising forced displacement against most families of that ethnicity to outside the District.

As well as the events that took place in the city of Kirkuk, more than 270 km north of the capital Baghdad on the same date, which included burning many party officials’ houses belong to certain ethnicity parties, as well as the displacement of tens of thousands of families into Kurdistan provinces for fear of possible attacks against them after the control of the armed forces of the Central Government on the city.

NIHR Organization also expresses apprehension caused by events in the Sub-district of Altun Kopri, 40 kilometers north of the city of Kirkuk, which led to the displacement of hundreds of families from the Sub-district towards the province of Erbil capital of Kurdistan Region and Kirkuk City because of random fall of artillery shells on residential areas in the Sub-district and exchanges of fire.

* NIHR Organization commends the recommendations, appeals, and instructions that were launched by the Iraqi Government and the wise and impartial actors about nonviolence and avoidance of unprofessional reprisals and uncivil conduct of displacements and burning homes and property and provocative actions by individuals and groups against other components to maintain peace in the community.

The organization values the United Nations role in Iraq to stop the violence and to resort to dialogue which lead to reduce abuses, hold perpetrators of violence, intimidation, and forced displacement, protection of civilians and to ensure maintaining human rights criteria and the rule of law.

In case of any query or a query about the report, please contact at the following address

The National Institute for Human Rights _NIHR: independent, nonprofit, developmental NGO works on the dissemination and strengthening of the culture of human rights and democracy, citizenship and peace-building with the (children, young people and women) and targets the most affected of them over the long term in various regions of Iraq. Operating since 2005 in Iraq, holds a work certificate from NGOs Department under the serial no. 1Z38615 in 8/Nov/2012