To raise the level of health and preventive awareness from psychological trauma resulting from armed conflict among members of society, the team of social researchers of the National Institute for Human Rights (NIHR) carried out an awareness session on the causes, stages and treatments of trauma resulting from armed conflicts, during which various segments of society members were targeted for both genders, which witnessed mutual discussions and dialogues that resulted in building and developing the experiences, trends and behaviors of the participants, noting that the activity is part of the activities of (Protecting and promoting Community Resilience in Iraq: Trauma-informed Approach) implemented by the organization, which in turn continues to implement similar activities during the coming days. 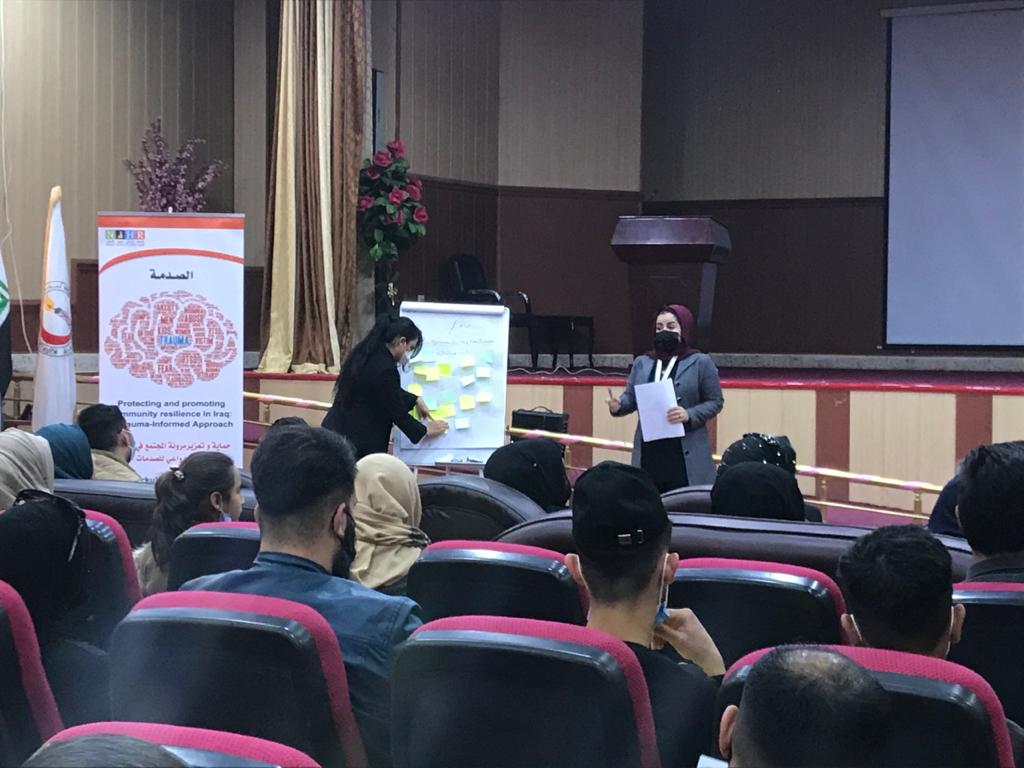